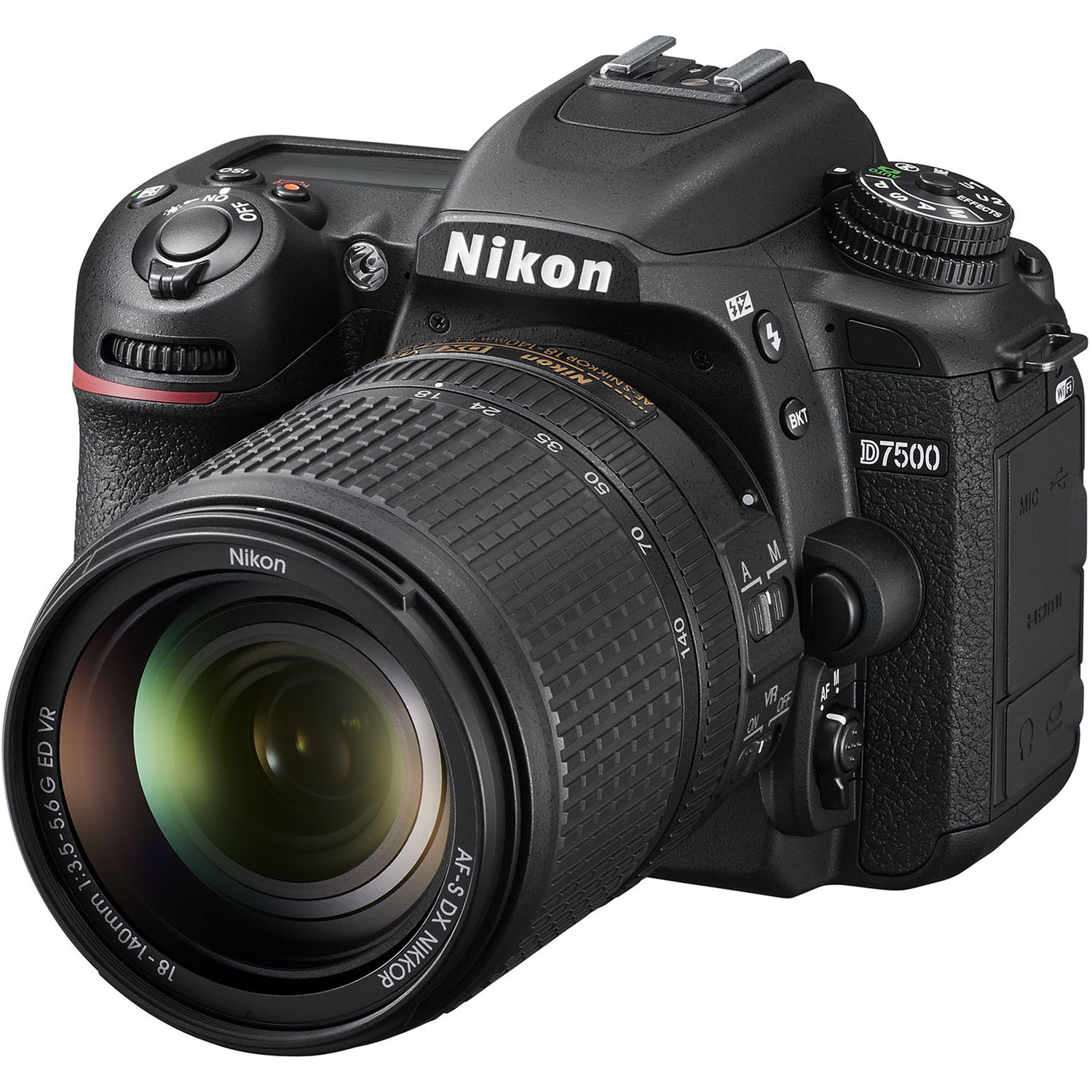 Inspiring performance for your boundless creativity

D7500 is built for maximum performance with top tier image quality, blazing speed, flawless autofocus, 4K Ultra HD video and pro-grade creative tools—all in a comfortable, rugged design. This is a camera for the new generation of creators.

The D7500 uses the same 20.9 MP DX-format image sensor and EXPEED 5 image processing engine as the D500, taking your photos and videos to the next level.

Capture elusive subjects at their peak with up to 8 fps continuous shooting for approximately 50 RAW images (14-bit lossless compressed).

Just like the D500, the D7500 employs a 180K-pixel RGB sensor for more powerful face detection to improve the accuracy of capture-enhancing features like matrix metering, i-TTL, 3D-tracking, AWB and more.

The D7500 lets you record up to 29:59 in 4K UHD/30p as well as Full HD. Record uncompressed, 8 bit 4:2:2 4K UHD files to an external recorder via HDMI, while simultaneously recording to your in-camera SD memory card. You also have the option of recording in MP4 format for smooth playback on smart devices. Combined with the excellent optical performance of NIKKOR lenses, the D7500 depicts scenes in breathtaking detail.

The D7500 lets you generate 4K UHD2 or Full HD time-lapse movies, entirely in the camera.

Change the aperture smoothly and quietly during movie recording—especially useful for significant brightness shifts in a single shot.3

Microphone sensitivity levels can be adjusted in 20 increments while visually monitoring the sound level indicator during movie recording.

Capture smooth footage when working without a tripod, or using a single-focal-length (prime) lens without optical VR.

Take creative control over your images

Share your most impressive images easily. The D7500 can be constantly connected to a smart device4 via Bluetooth®, with the SnapBridge application installed. Automatically transfer images taken with the D7500 to your smart device or upload them automatically to NIKON IMAGE SPACE.

When shooting in low-lit interiors or capturing a portrait at night, the D7500s versatile, built-in pop-up flash comes in handy.

Combine up to 10 images using the multiple exposure function. Save every frame or just the composite image.

Free shipping on all orders over $49.

One of the things we strive for is to provide you with the BEST possible price among any legitimate authorized dealer. On occasion, however, due to manufacturers restrictions or other restrictions, we may not be allowed to publish our lowest price on our website.

If you would like to receive our lowest possible price for the Nikon D7500 DX Digital SLR with 18-140mm VR Lens, please fill out the following information:

We ABSOLUTELY want your business, so if you find a better price elsewhere, let us know. We are here for you.
Respectable authorized retailers adhere to MAP policies, which means the advertised price is usually the same price found at any authorized dealer. Sometimes products aren't included in those MAP policies, resulting in different prices on some websites.
We will match the price for products from these major web retailers: Adorama.com, BHphotovideo.com, BestBuy.com, OfficeDepot.com, OfficeMax.com, Sears.com, Staples.com, Target.com, Walmart.com and Amazon.com (excluding Amazon's 3rd party marketplace sellers).
© 2010-2020 District Camera and Imaging. All Rights Reserved.